For the song by the same name, see Up All Night (song).

Up All Night is the debut album from One Direction. It was first released on November 2011 in Ireland and the United Kingdom, through Syco Records. It was later released in North America, through Columbia Records. The album was released in various editions, ranging from the standard thirteen songs to a souvenir editions with 18 tracks.

One Direction became the first U.K group to debut at #1 in the United States with their debut album, a Guinness World Record the band still holds as of 2016.

After the seventh season of The X Factor concluded, One Direction was signed by Simon Cowell to Sony Records subsidiary Syco Music in December 2010. After the X Factor Live Tour ended in April 2011, the group began recording their debut album.

Recording sessions took place in London, Los Angeles and Stockholm. On April 4 2011, One Direction guested on The Alan Titchmarsh Show, where Zayn confirmed their lead single was called "What Makes You Beautiful." The single was originally set to be released in June, but was pushed back to August, in order to coincide with the launch of The X Factor's eighth season, and was then pushed back once more, to September.

On October 15 2011, One Direction revealed the album title was Up All Night, after fans completed an unlocking challenge on the official band website. The track listing was revealed on October 17 and the artwork on October 21. On November 17, One Direction previewed several tracks from the album during a UStream session.

In November 2011, One Direction signed a deal with Columbia Records, a United States record label, in order to launch the band in North America. The album was originally set for a U.S release on March 23 2012, but was rescheduled, and released one week earlier on March 13 2012, due to popular demand. Columbia Records released a statement saying "Due to overwhelming fan demand, One Direction's debut album will be released one week early on March 13, 2012." The album was hugely successful worldwide and established One Direction as the definitive boy band of the 2010s.

Up All Night was the third best selling album of 2012 globally, selling 4.5 million copies and reaching #1 in sixteen countries. The album debuted at number on the US Billboard 200, selling 176,000 copies in its first week. One Direction became the first U.K. group ever to debut at number one in the United States with their first album, a Guinness World Record the band still holds as of 2017. As of August 2015, the album has sold over 2.5 million copies in the United States.

The album debuted at number two on the United Kingdom charts on 27 November 2011, selling 138,631 copies, and becoming the UK's fastest-selling debut album of 2011, as well as the fastest selling album of 2011 to miss out on number one. Up All Night also became the fifteenth best selling album in the UK of 2012, with sales of 372,000 copies. It was certified double platinum by the British Phonographic Industry on 15 February 2013. As of November 2014, the album has sold 1,086,434 copies in the UK. It was the tenth biggest selling album in 2011, in Ireland. In Australia, the album topped the ARIA Charts for five weeks, and was certified 5 times platinum by the Australian Recording Industry Association. In New Zealand, the album topped New Zealand Albums Chart for three weeks, and was certified triple platinum by the Recording Industry Association of New Zealand.

The album debuted at #1 on the Canadian Albums Chart, which made One Direction the first U.K group in Canadian history to enter at number one with their debut album, and the first international group to debut at #1 in the Nielsen SoundScan era (post 1991) with a debut album. The album has been certified double platinum by Music Canada. 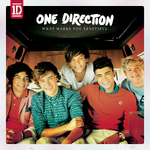 "What Makes You Beautiful" 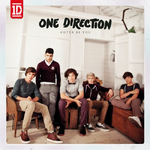 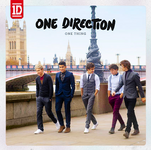 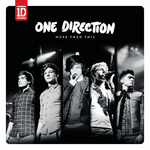 "More Than This"
Add a photo to this gallery

Main article: Up All Night Tour

One Direction's debut headline tour, the Up All Night Tour was officially announced on September 27, 2011.

Main article: Editions of Up All Night

Aside from the standard edition, ''Up All Night'' was released in various special and deluxe editions worldwide. 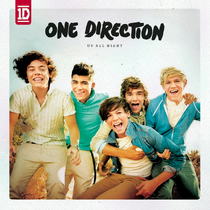 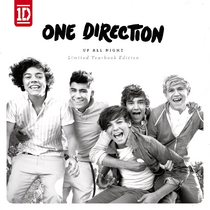 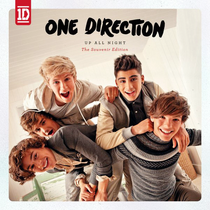 (Credits taken from AllMusic and Up All Night's liner notes.)

Retrieved from "https://zayn.fandom.com/wiki/Up_All_Night_(album)?oldid=7001"
Community content is available under CC-BY-SA unless otherwise noted.