"Story of My Life"

Story of My Life (often abbreviated as SOML) is the second single recorded by English-Irish boy band One Direction for their third studio album, Midnight Memories. It was released on November 06, 2013 by Syco Music and Columbia Records.

A radio staple, the song garnered unprecedented critical and public acclaim due to the more serious tone and indie-pop sound. It was a top 3 single in the UK and Australia, and a top 10 single in the United States. It is considered one of One Direction's most famous and recognizable songs.

The song was performed on the Where We Are Tour and the On The Road Again Tour.

Lyrically, the song describes a bad relationship the narrator cannot leave. The phrase "story of my life" is used in everyday speech to describe a regular negative occurrence.

"Story of My Life" is an acoustic folktronica song with neofolk elements. It runs for a total of four minutes and five seconds. Idolator compared the song to the works of Ed Sheeran, Coldplay and Mumford & Sons. The song is written and recorded in E-flat major. The song runs at 120 beats per minute.

Louis tweeted an unseen photo from his childhood on October 10, 2013, followed by Liam. Niall tweeted his photo next, then Harry and finally, Zayn. The official One Direction account then confirmed the new single and release date along with the hashtag "#StoryOfMyLifeSingle2". Later the same day, the single artwork was revealed.

[Harry]
The story of my life
I take her home
I drive all night
To keep her warm
And time is frozen (the story of, the story of)

[Liam]
I know that in the morning now I see us in the light upon a hill
Although I am broken, my heart is untamed, still

[Harry]
The story of my life
I take her home
I drive all night
To keep her warm
And time is frozen (the story of, the story of)

[Harry]
The story of my life

The video was accidentally uploaded to Vevo early, on November 1st. The official release of the video was on November 3, 2013 at 4pm (BWT). The video differs from the song lyrically, in that it takes the title phrase literally, rather than metaphorically. It featured each band member reliving their childhood memories, and interacting with the family members within them. Louis's scenes allude to his grandparents deaths. The video features all of One Direction's actual family members. 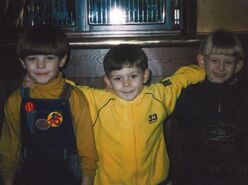 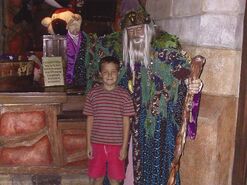 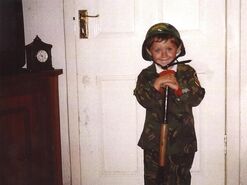 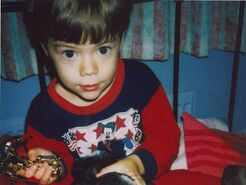 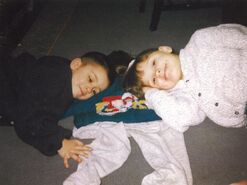 The song premiered at 4pm on stations worldwide such as BBC Radio 1 (UK), The Hits Radio (UK), In:Demand (UK), Captial FM (UK ), The End 107.9 FM (USA), NRJ Radio (in both France and Sweden), Planet Radio (Germany), Radio Mix (Brazil), SiriusXM Hits (America ) and many others. The audio for the song was also uploaded onto the official One Direction Vevo account as well as the official One Direction Youtube account.

The song was released on Monday, October 28th to those who had either bought the EP or had pre ordered the deluxe or the normal edition of Midnight Memories. The official One Direction YouTube account released a message from the band announcing the single release. They song went straight to number 1 on iTunes in 47 countries such as the UK, US, Australia, Belgium, India, Mexico and many other places.

On October 25, 2013, the boys did interviews on various radio stations worldwide. They were as follows:

Retrieved from "https://zayn.fandom.com/wiki/Story_of_My_Life?oldid=9754"
Community content is available under CC-BY-SA unless otherwise noted.