For the song by the same name, see Midnight Memories (song)

Midnight Memories is the third studio album by British-Irish boy band One Direction, released on November 25, 2013 by Columbia Records, Syco Music and Sony Music. It was available for pre-order on September 09, 2013.

The album was described as having a "slightly rockier tone" than their previous efforts.[1] It has become the fastest-selling album in Amazon UK's history, breaking the record set by One Direction's previous release, Take Me Home (2012). The album debuted at number one on the US Billboard 200, making One Direction the first group in history to debut at number one in the US with their first three albums.[2] The album was preceded by the release of the singles "Best Song Ever" and "Story of My Life".

One Direction began working on their third studio album whilst embarking on their second international tour, the Take Me Home Tour. The album was announced simultaneously with the news of the band's third world tour, the Where We Are Tour, which subsequently led fans to wrongly assume that the album title would be named "Where We Are".[3]

Member Louis Tomlinson proclaimed that the album would have a "rockier" sound to it than the band's previous releases. The official title of the album was announced on 6 September 2013, starting with Zayn Malik tweeting a teaser video of Harry Styles spelling out the word "Mid" out of a pile of alphabet cards on the floor, followed by a full video posted on the band's Instagram account later on, revealing the title, Midnight Memories.[4][5]

The album artwork was released early exclusively by The Sun via a tweet which was then confirmed to be the official artwork through the band's official Twitter account, though the early access was only available for those who held a membership of the newspaper's online version. On 11 October, the band presented the album's final track list through the "#MidnightMemoriesTrackQuiz" hashtag on Twitter by giving out a mixture of hints and blank spaces to be filled alongside the final result. The full track list for the deluxe edition was later shown on iTunes.

A TV advert was released and seen on YouTube as well as on TV. There were also posters in bus stops and on billboards. There were countdown videos till the day of the album release on November 25th. The album was leaked on November 18, 2013, seven days ahead of its official release. The band participated in a seven hour long livestream called 1D Day as part of promotion for the album. It was released on November 25, 2013 and a video posted on their channel. It reached number 1 in over 90 countries and all 18 tracks appeared on the iTunes Top 100 chart in America by the end of the day. 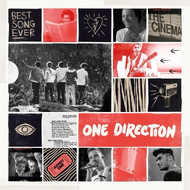 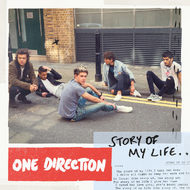 "Story of My Life" 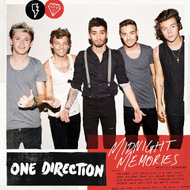 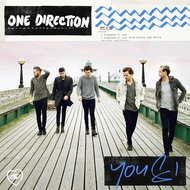 Main article: Where We Are Tour 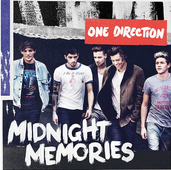 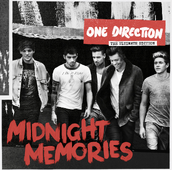 The track listing was announced via the band's Twitter account on October 11, 2013. Where the bonus tracks appear as additional tracks in international territories, the British release finds them on a separate four-track bonus disc. Unlike any other release of the album, the Japanese version includes "One Way or Another (Teenage Kicks)", as well as two further bonus tracks. An exclusive review of the album posted by The Sun on 17 November listed writing credits of many of the tracks.

The album debuted at number one on the Irish Albums Chart and number two on the Dutch Albums Chart. On 29 November 2013, it was announced that it had become the fastest-selling album of 2013 in the UK, with 187,660 copies sold in four days. It was revealed on 1 December 2013, that the album had sold in excess of 237,000 copies in its first week in the UK, beating Gary Barlow's Since I Saw You Last, and becoming the fastest selling album in the UK since Michael Bublé's Christmas in December 2011, as well as outperforming One Direction's two previous albums Up All Night (2011) and Take Me Home (2012).[6] It became the best-selling album of 2013 in the UK with 685,000 copies sold for the year.[7]

“This tops an amazing year for us!” Liam Payne told OfficialCharts.com. “We're so excited to have the biggest selling album in the UK this year, especially with a record we are all so proud of. We'd like to thank everyone who has bought the album, it really means a lot to us.”

Despite being released towards the year's end, Midnight Memories nevertheless became the best-selling album of 2013 worldwide according to the IFPI, with sales of over four million copies in only 5 weeks.

Retrieved from "https://zayn.fandom.com/wiki/Midnight_Memories_(album)?oldid=7072"
Community content is available under CC-BY-SA unless otherwise noted.