Usually held on a Saturday night in late March or early April, the show that honors the year's biggest television, movie, and music acts as voted by Nickelodeon viewers. Winners receive a hollow orange blimp figurine, a logo outline for much of the network's 1984–2009 era, which also functions as a kaleidoscope.

The show features numerous celebrity guests and musical acts. In recent years, slime stunts have been incorporated into the show. The KCAs also host live entertainment.

The series SpongeBob SquarePants has won the most KCA awards, with fourteen overall through the series' run. Individually, Selena Gomez and Will Smith have both won the most trophies with ten, followed by, Miley Cyrus and Amanda Bynes (7). Whoopi Goldberg is the only person to have won a Kids' Choice Award, along with the mainstream "EGOT" combination of an Emmy, Grammy, Oscar, and Tony. Rosie O'Donnell (8) and Jack Black (3) have hosted the show the most times.

The 2012 Nickelodeon Kids' Choice Awards were held on March 31, 2012 and hosted by US actor Will Smith. One Direction attended and performed for the first time. They were introduced by Sarah Hyland, Ariel Winter, and Nolan Gould before performing "What Makes You Beautiful".

The 2013 Nickelodeon Kids' Choice Awards were held on March 23, 2013, and were hosted by US actor Josh Duhamel.

The 2014 Kids' Choice Awards was held on March 29, 2014, at the Galen Center in Los Angeles, California. Actor Mark Wahlberg hosted the ceremony.

The 2015 Nickelodeon Kids' Choice Awards were held on March 28 2015, and hosted by US singer/actor Nick Jonas.

The 2016 Kids' Choice Awards was held live on March 12, 2016, at The Forum in Inglewood, California live on Nickelodeon and either live or on tape delay across all of Nickelodeon's international networks and also served as a full-length TV movie. 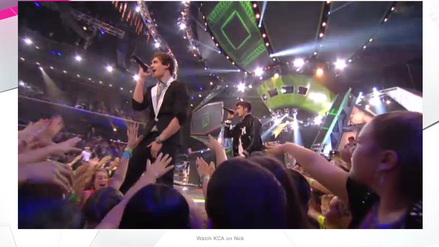 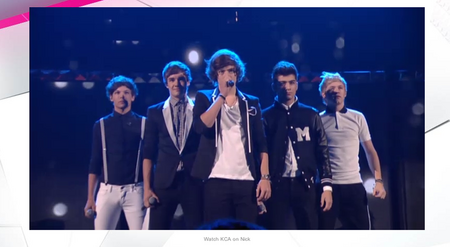 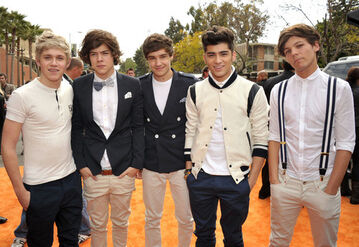 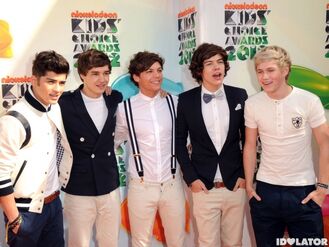 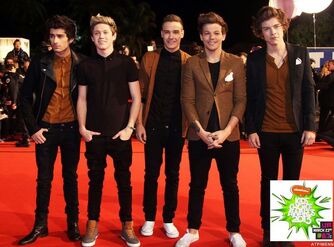 Add a photo to this gallery
Retrieved from "https://zayn.fandom.com/wiki/Kids%27_Choice_Awards?oldid=6461"
Community content is available under CC-BY-SA unless otherwise noted.