Canada is a country which was part of the North American leg of One Direction's Up All Night Tour, Take Me Home Tour and their Where We Are Tour.

Canada was visited in the following tours:

Up All Night Tour

Although it wasn't originally part of the tour, it was later added, along with Australasia, the US and Mexico.

The following concerts which were part of the tour took place in Canada:

Where We Are Tour

The following concerts which were part of the tour took place in Canada: 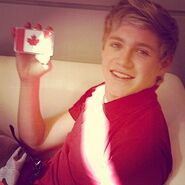 Niall wearing red and holding a phone with a Canadian flag phone case. 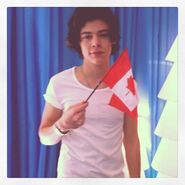 Harry with the Canadian flag. 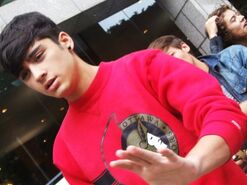 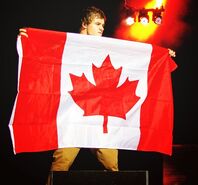 Liam holding the Canadian flag.
Add a photo to this gallery
Retrieved from "https://zayn.fandom.com/wiki/Canada?oldid=6829"
Community content is available under CC-BY-SA unless otherwise noted.